The City of Berne is amazingly beautiful and diverse and the Swiss capital, Bern official language is German and the language most spoken here is Bernese German, English, and French are also widely spoken here.

It is a medieval city whose history was founded way back in 1191 and around the river named Aare. This is the city where the legendary Albert Einstein had worked; it is home to the famous Toblerone Chocolate bar and the famous Swiss cheese. Click to read more about the things to do in Bern. 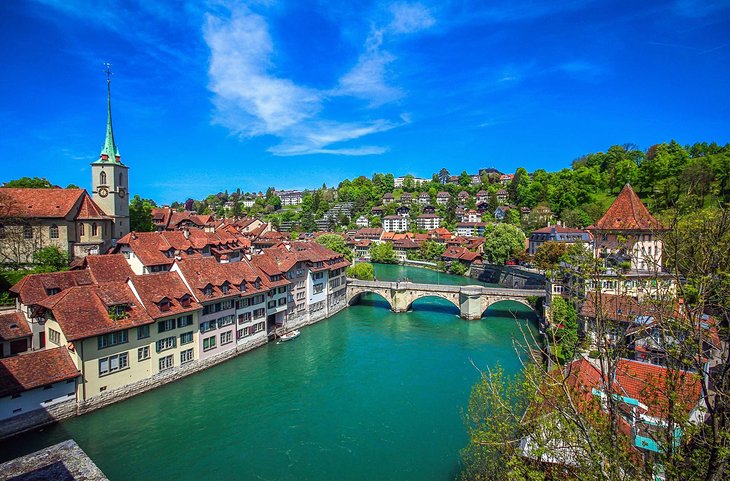 Bern is ranked among the top ten cities in the world for the best quality of life. Some popular tourist attractions in Bern are as follows:

Berne Clock Tower can be found close to the heart of the Old Town, where he has become one of the most loved landmarks and tourist attractions. Throughout the day you will be able to hear the bells per hour and see the animated characters, which includes a rooster, a clown, a bear, and a bearded king.

The list of Tourist Attractions in Bern is not complete if you miss mentioning the Bear Pit. In fact, the town got its name from this place. It is just across the river Aare, not far from the old town of Bern. The Bear Pit is in the same location since 1857 and has undergone extensive renovation in 1995-96.

Einstein House may only comprise three rooms and for the most part, is a little cramped, but of great historical importance and a very special appeal.

It was this very place wherein 1905, which, in the world-famous Nobel prize-winning, and somewhat struggling scientist Albert Einstein (1879-1955) actually developed the legendary theory of relativity.